Sagrada Familia IN is an investment project Venta Flash. That is to say, it is an opportunity that will not go through the rent but will be sold directly once renovated. In this project we take one more step to improve results: the promoter is external previously validated its professionalism and guarantees by Inveslar. In this way we put at your disposal the best projects of the hand of the best independent promoters who contribute their know-how in promotion and Project Management. The Flash Sale opportunities have the risk of not being sold in the stipulated time; in this case the mitigating factor is the rent, that is to say, if at the end of a year since the closing of the financing phase the property has not been sold, it will be rented so as not to have an unproductive asset that does not generate income.
Currently the floor is an office with 3 separate rooms and a large common room. There's only one toilet. The divisions between the spaces are of partitions, giving the possibility of demolishing them without structural affectation. It has a false ceiling of registrable plates with a space up to the forging of approximately 35 cm. It has a large window that covers the entire facade allowing a large entry of light. The farm dates back to 1985, with parking and elevator. This is a highly valued value for people who live in Barcelona, as the royal estates that make up the city's urban landscape do not have parking facilities.
Sagrada Familia IN is located on the border of the Eixample (Sagrada Familia), Gràcia (Gràcia Nova) and Horta-Guinardó (Baix Guinardó). This location bordering three different districts makes it very interesting for its proximity to places of interest such as the Sagrada Familia, but also the Hospital de Sant Pau, the work of Domènech and Montaner, both monuments declared World Heritage by UNESCO. An area with a lot of tourist interest but at the same time with a lively local public life, with many shops and restaurants. The communications with public transport are easy because there are ample options of lines of Bus and subway in the environs per they allow to move quickly by the county city.
A reform is proposed, in accordance with the existing project approved by the City Council, which divides the building into two units: a dwelling plus an office. An ideal combination for those liberal professionals who appreciate the comfort of combining workspace with private living space but endowing them with independence between the two. In this way, there are two completely different units that only share an entrance hall. The office is configured in a single room with a toilet. The dwelling is designed with a diaphanous space that houses the living-dining room and kitchen, a double bedroom, an independent enclosed space that can have multiple uses and a water area that combines the complete bathroom plus the laundry area. A new continuous false ceiling will be installed, increasing the existing free height between mezzanine and ceiling. For the flooring, a floating parquet is chosen to give warmth to the environment. In short, after the reform we will have an apartment, in a well-valued and sought-after area that can also be combined with an annexed office, with a total of 105m2. All in Holy Family IN 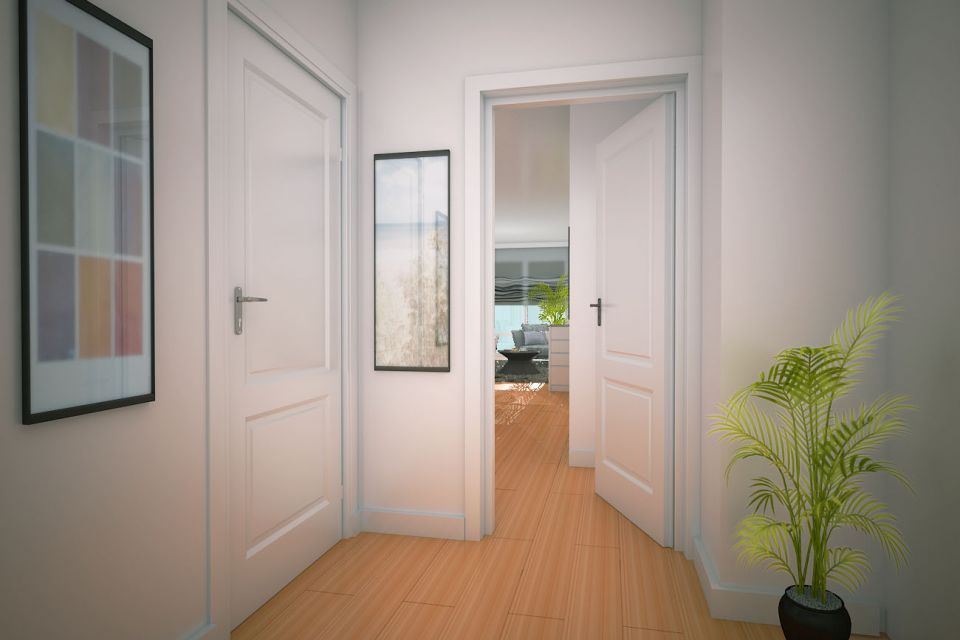 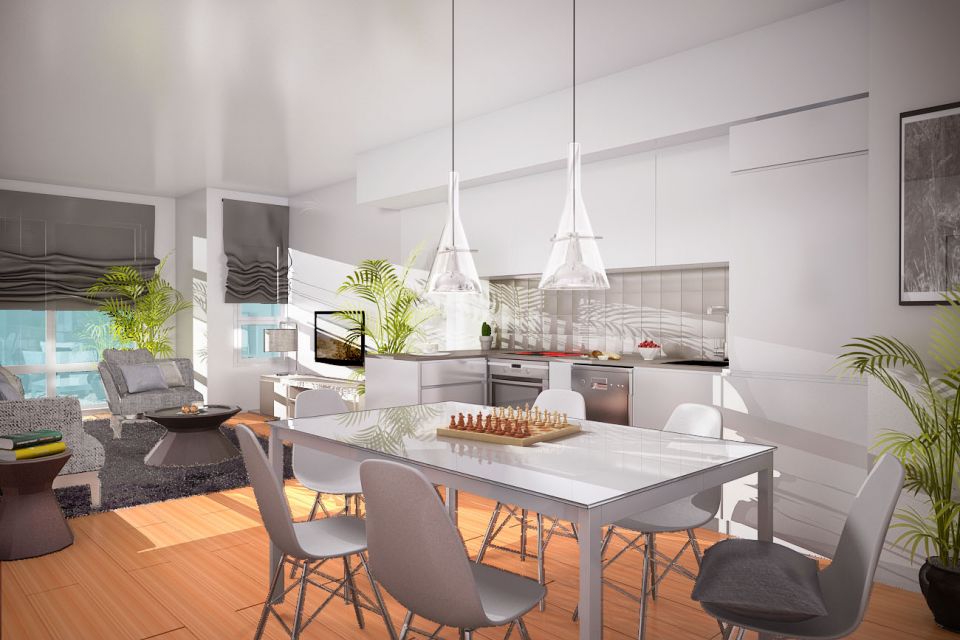 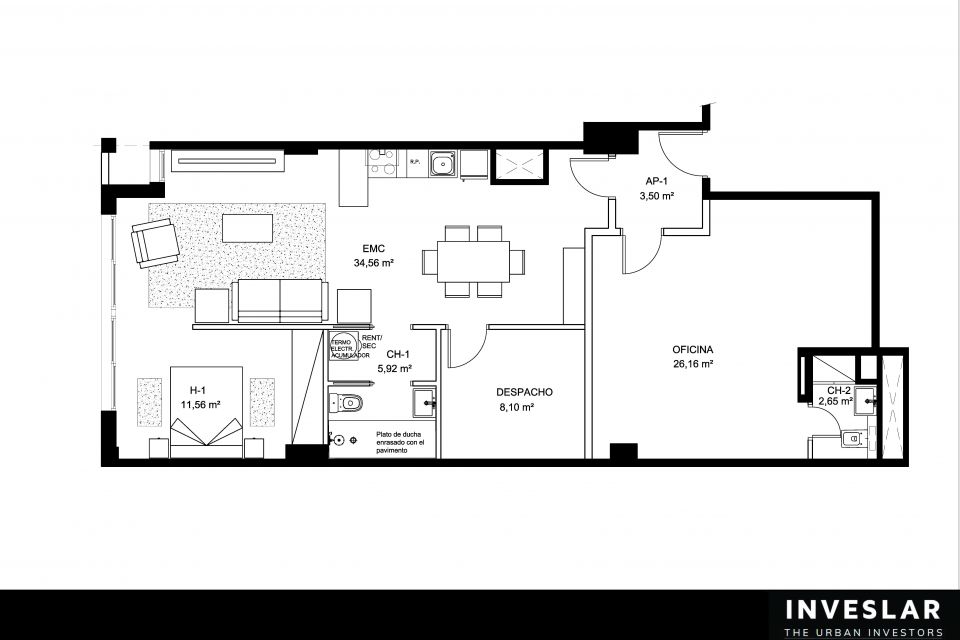 Inveslar is an online real estate investment platform that allows individuals and companies to invest in real estate purchase in order to get returns for the re...