This launch is the 2nd raise of a 2 phased raise on the Loan Agreement that was completed on 12th December 2018 between CrowdProperty and the borrower. Since purchasing the site the borrower has commenced works and the Independent Monitoring Surveyor has updated us with the following progress on site: Site hoardings and welfare facilities are in place Excavations and foundation works complete on plot 2 with timber frame constructed Excavations and substructure block work complete to Plot 3 Drainage has been installed at ground level out from underneath plots 2 and 3 Superstructure masonry has commenced Trussed rafters installed to plot 2 Plots 1 and 4 have been set out Overall appearance and quality of workmanship is acceptable The Construction programme is ahead on plots 2 and 3 and 1 week behind on plots 3 and 4. We believe the programme will catch up on plots 3 and 4 as the development progresses and in any event the expected date for completion of works is June 2019 All pre commencement planning conditions are now discharged The initial Building Control Notice has been issued to the approved inspector Shropshire Local BC Homeowner warranties are in place with LABC The site complies with legal construction health and safety plan The developer has commenced soft marketing campaign The land at Jubilee Gardens, Westbury, Shropshire SY5 9EQ is situated 8 miles west of Shrewsbury and close to the Welsh border. The village has a population of 1,352 (2011 census). Road connections to Shrewsbury are via B4386. The village provides a number of local amenities including a Primary School, Post Office, Medical Practice, The Lion Public House and St Marys Church. The school has a pupil size of about 40 (50% capacity) and Shropshire are to merge 3 local schools including Westbury into 1. It is not clear if the Westbury school will be retained or not. Residents are in the main commuters into Shrewsbury. Shrewsbury is the county town of Shropshire and has a largely unspoilt medieval street plan and over 660 listed buildings, including several examples of Tudor properties from the 15th and 16th centuries. The population of Shrewsbury is 71,000 and is connected to the motorway network via the M54 and has direct trains to London via the west coast main line. The development comprises the construction of 4 detached bungalows under planning ref. nos. 16/02448, 16/02449, 16/02450 and 16/0245. The site was previously used as pastureland laid to grass and a post and barbed wire fence separates it from land to the west. There is a brick wall to the south side and shrubs separating the land from a modern development on the east side. The 4 x three and four bedroom bungalows are set in their own individual plots, accessed from a single estate road leading from the adopted lane. Each unit will include a large sitting/dining room, kitchen/living room, utility, bathroom and three/four bedrooms, one of which will have an en suite shower room. The external elevations will be constructed of a mix of brick, render and stonewalling, beneath a pitched and tiled roof. The units will incorporate double glazed UPVC windows and underfloor heating throughout. Plot 3 will incorporate an integral garage. The bungalows will have the following approximate floor areas:- Unit 1 – 118m2/1270ft2 Unit 2 – 118m2/1270ft2 Unit 3 – 150m2/1615ft2 Unit 4 – 150m2/1615ft2 Total GIA floor area of 526m2/ 5,770ft2 Total site area: 1 Acre The borrower purchased the site in December 2018 having commenced works a month earlier. The purchase price was £400,000 and this was verified by RICS valuer. RICS view of GDV of completed development is £1,420,000. Build costs are agreed at £850,000 including consultants fees. CrowdProperty has entered into a loan agreement to lend £750,000 towards this development to be raised over 2 phases. The 1st phase raise was £350,000 with £280,000 provided to the borrower day 1 representing 70% loan to value. The residue of the phase 1 monies has been submitted to the developer following the IMS report. The loan agreement and 1st charge security was completed on 12th December 2018. The 2nd phase raise is expected to commence on 12th February 2019 and will be incorporated into the existing legal framework. All remaining funds will be held by CrowdProperty and drawn on future Independent Monitoring Surveyor’s inspections. CrowdProperty has the first charge as registered at The Land Registry to protect lenders in the event of default. Loan term Is a maximum of 18 months commencing from 12th December 2018 so the phase 2 monies will be for a term of 16 months. The exit strategy for the developer is to build out and sell on completion of the works. The loan will therefore be returned to the lenders in tranches and as and when sales of the bungalows have been completed. The phase 2 monies will start earning interest from 12th February 2019. 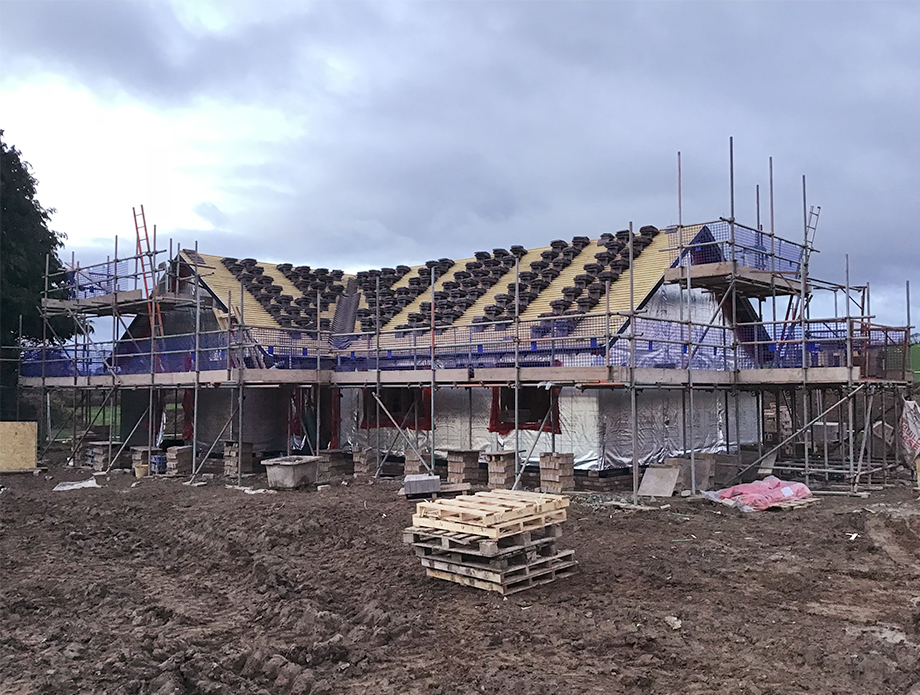 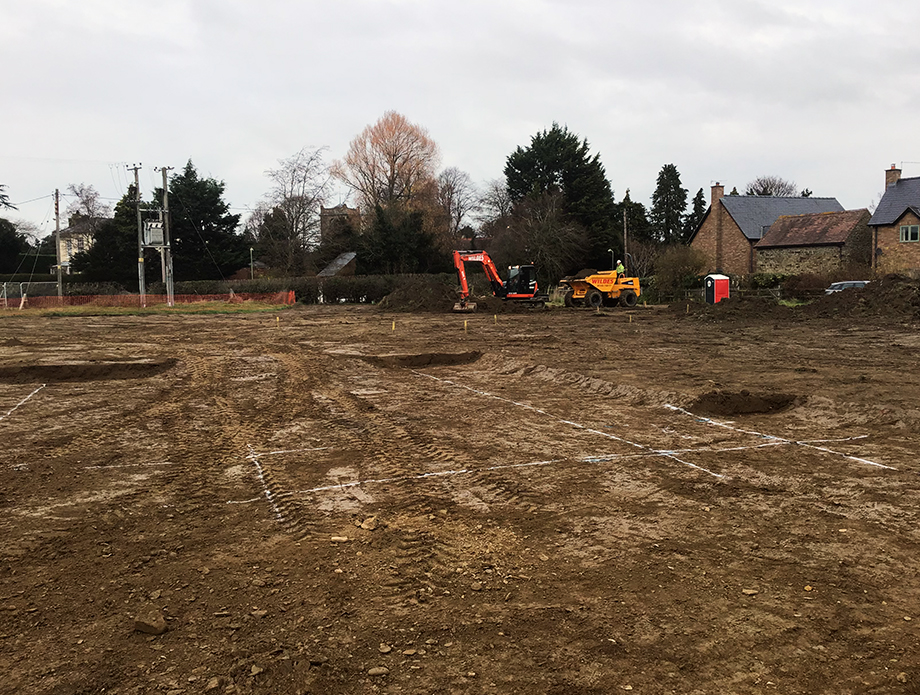 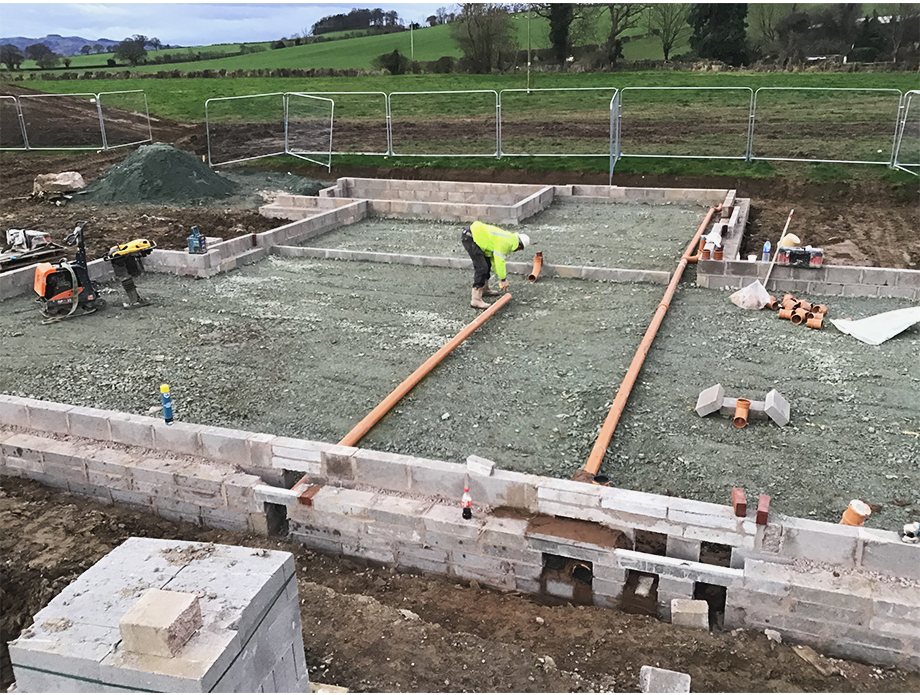 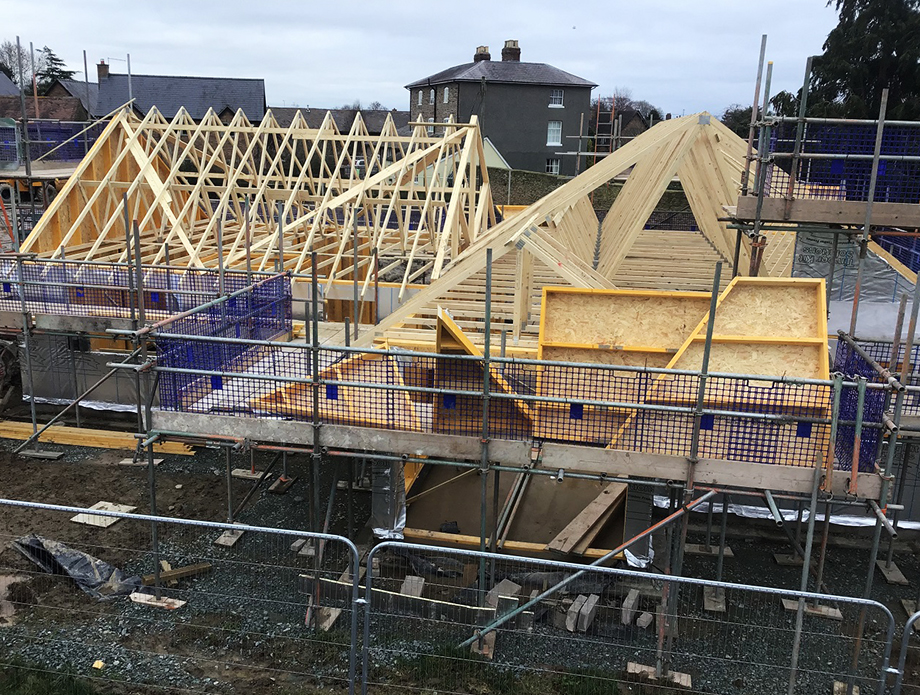 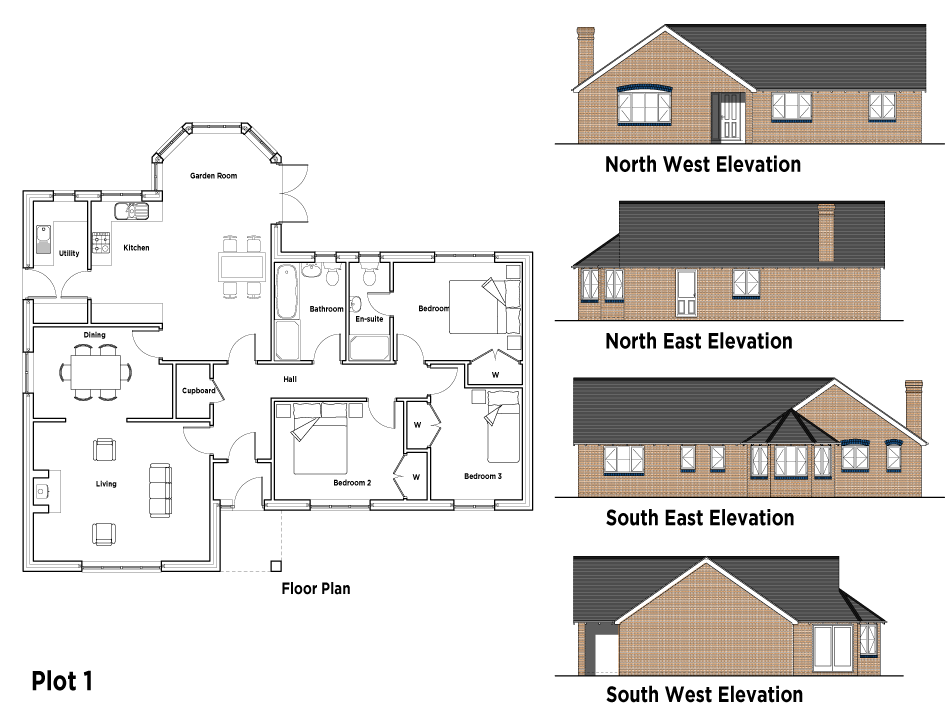 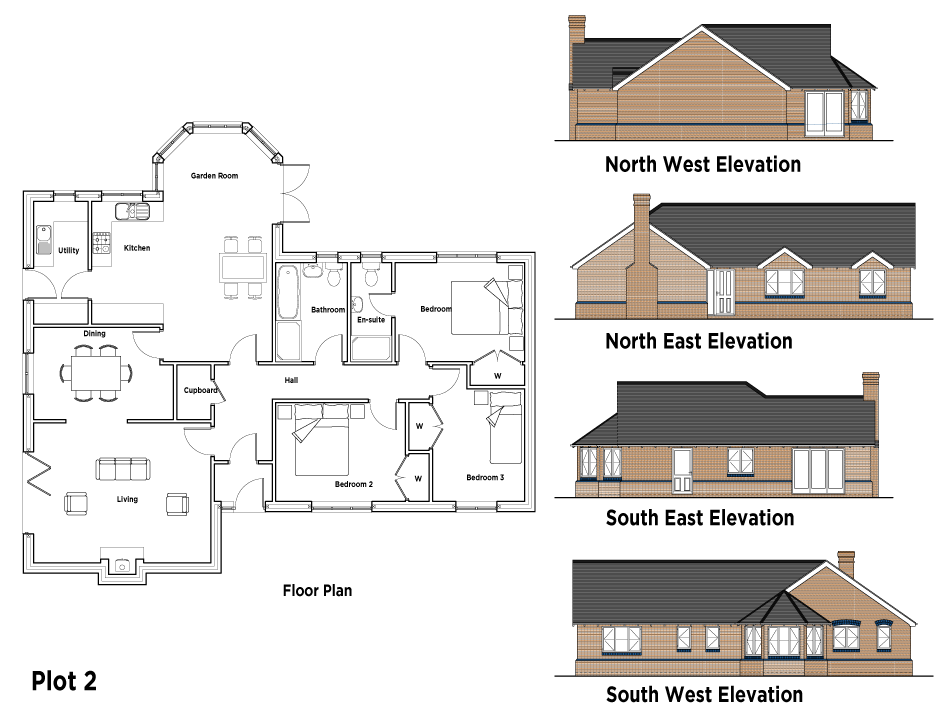 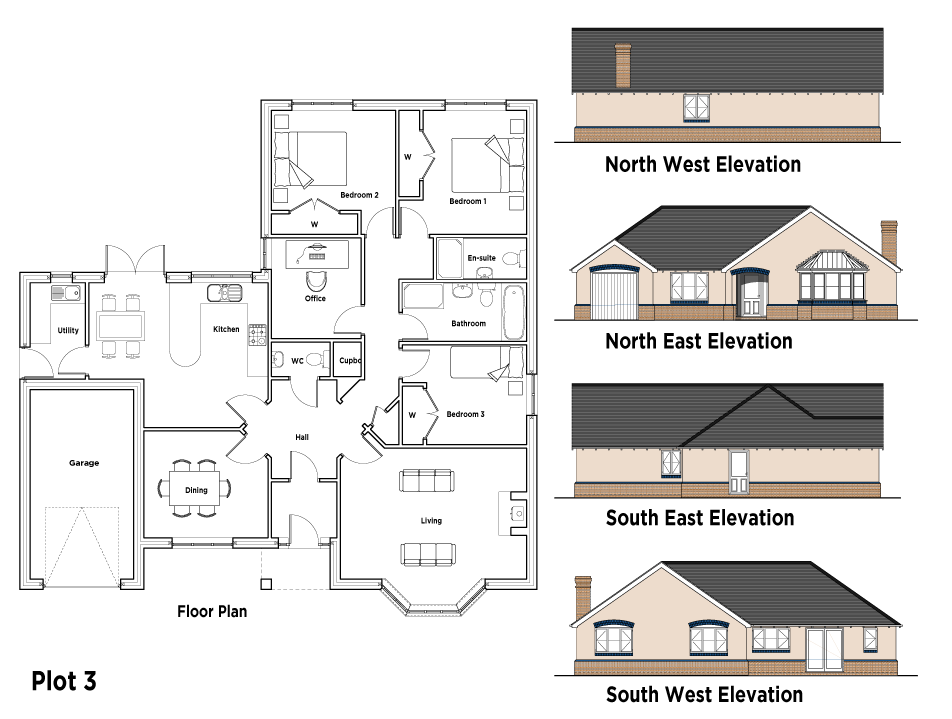 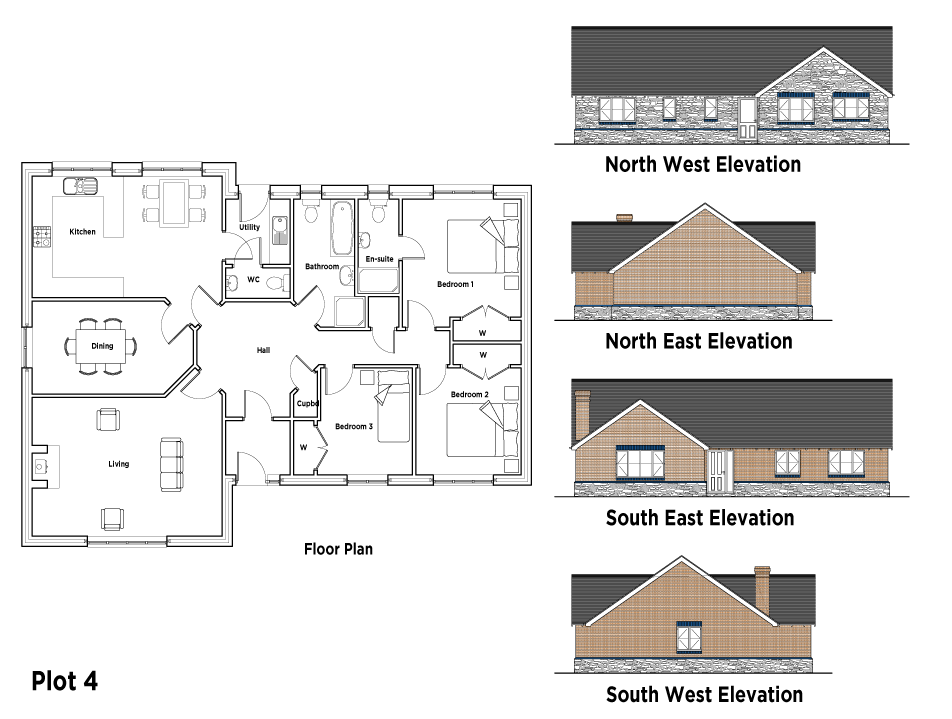